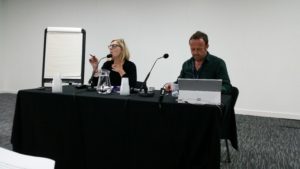 Nicole Berrisford and Andy belfield gave an update for the east midlands region and welcomed all delegates and new delegates to the local government conference.

The Standing orders comittee, sole responsibility is the conference planning, putting together the motions and making sure they fit in with UNISON’S core values.

Nicole covered the agenda of the conference, location of the east midlands delegates, any changes that have been made since the agenda has been distributed and explained that when the conference starts there will be a 1 minute silence for Jo Cox following the sad news of her murder.

Jeanette Lloyd healthy debates from the sdu meeting, and informed the group of the suggested decisions for the motions of the Local Government Conference.
Andy informed that this year there aren’t a lot of speakers and would like any to come forward as soon as possible to have their opinions. Any questions that were raised will be answered after the meeting

Nicole wished everyone a good conference and hope to see you passing through .

The introductions and houskeeping for the conference has begun aind and there is now a very rousing speech on the Annual Report by Glen Williams, Chair of the Local Government Service Group. 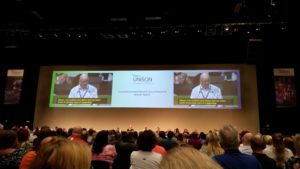