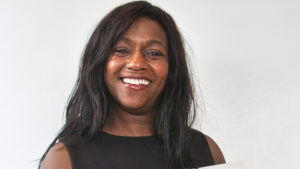 We are supporting Elizabeth (Liz) Cameron in the UNISON National Executive Council elections. Liz is standing in the Black members female seat. Liz Cameron will be a strong voice for you.

We support Liz Cameron because she is standing to –

Our branch believes that in tough times we need NEC members like Elizabeth (Liz) Cameron who will put the needs of UNISON members first.