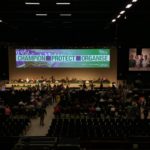 Good morning everyone and welcome to the local Government Conference, the conference is underway and discussions around the final agenda and amendments. 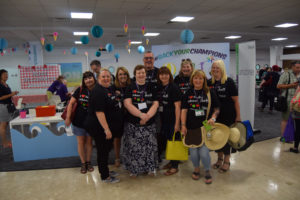 Heres our school support staff and delegates preparing themselves in the UNIZONE on the way into conference.

Following the Grenfell Tower tragedy in Kensington it has been suggested to move Social Housing discussions to the end of the week, and a minutes silence was held in memory of the victims of the awful tragedy.

We now move onto the presentation of the Annual Report covering issues surrounding politics, government situation, cuts to public services, school support staff action in Derby and Durham which will be covered later in todays conference, a show of appreciation and a standing ovation was received when school support staff were invited to stand at conference.  International issues, social care, privatisation, the Grenfell Tower tragedy and that you to the hard work of unison members.

Click on the annual report to read in more detail.

Keep following us for more information