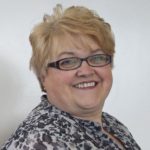 Wendy Nichols former President of UNISON chairing this mornings session welcomed all to conference and informed everyone of housekeeping rules and the levels of security for the conference.

The Standing Orders Committee report 6 has been presented to conference and questions were raised against this with reference back to the se questions not being received. A composite motion on the General Election will take place on Friday after Jeremy Corbyn’s speech to conference. the SOC report was carried. 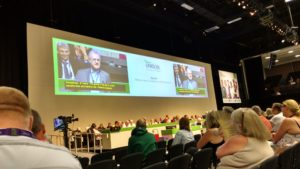 Stephen Lewis – CDo-Director of AIDS Free World is the guest speaker before a discussion on the motion “Child marriage is child labour”.

To find out more about his organisation you can read below 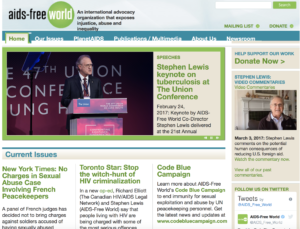 You can also watch the following videos to find out more…

Now the discussions begin on the motion “Child Marriage is Child Labour” and it is presented with an emotional accounts, and that child marriage is substituted for child labour specifically for girls who are in forced marriages without choice but forced to work within the household, in forms of sexual exploitation, violation and prostitution Are the highest forms of un-recognised child labour. and the ILO statistics are skewed as child marriage isn’t recognised in these statistics where millions of girls are working in their forced households and missing of any reports. Accounts of world wide problems not only in the UK but countries across the world,  reiterating that “Child Marriage IS Child Labour” also excerpts from Whitney Houstons “The Greatest Love of All” were sung.

More emotional and upsetting accounts of speakers who are affected by forced child marriage and trafficking, speakers have been receiving standing ovations for bringing their personal and difficult stories to conference.

This Motion was Unanimously carried and seeks to:

Conference calls on the National Executive Council to:

1)  Work with AIDS Free World, Anti-Slavery International and other groups calling on the ILO to include child marriage as a worst form of child labour;

2)  Request that the Trades Union Congress and Public Services International raise the issue with the ILO.

Please look out for the next morning update soon.