This afternoons session now moves on to the remaining order of business and looks at the reprioritised motions for this afternoon. More details of these motions can be read in the Conference Document Below… 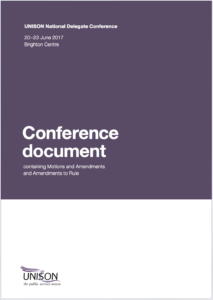 Firstly the motion to be discussed is “Recruiting and organising Black members in the fragmented workforce” this was carried with amendments.

Next “Invisible or Non Apparent Disabilities” motion was debated and emotional accounts were given this motion was passed.

“Standing together for LGBT Equality” this brought some emotional personal stories of issues that affected delegates. this motion was passed.

“Abortion Rights (50th Anniversary of the 1967 Act)” is now being discussed and has been passed.

The motion now being discussed is “Challenging the Trade Union Act 2016” this motion was passed.

This then moved on to a discussion on Emergency Motion 10 “Support ‘The Total Eclipse of the S_N’ Campaign” this motion was passed unanimously, and the union will support this campaign and urges all members to do so.  Click on the poster below to view their Facebook page.

To read more about this motion click here – Emergency Motion 10 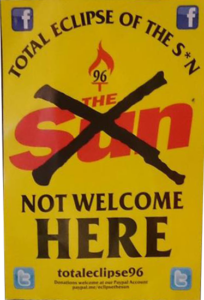 This was the final motion to be discussed and ends the business for today. 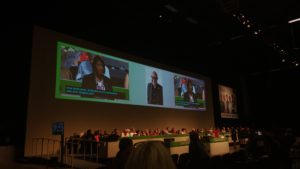 Carol Sewell closed the conference and a Special tribute was paid to her for taking up the presidency due to Eric Roberts passing away last year. tributes were read out from Carol’s Family and Branch.

This concludes our blog from the National Delegate, keep following us for more updates on things that my affect you as a member.