Welcome to our Retired Members October Newsletter, in this issue we cover the following;

Our next meeting is on Thursday 5 November at 2pm at Age UK in the Eagle Market.  Everyone is welcome.  There will be free tea, coffee and biscuits and we intend to have two quizzes with cash prizes.

Following my prediction in the July newsletter, the new pensions arrangements have become very problematic for some very unhappy people.  Many savers have already lost thousands in sky-high fees charged to cash in retirement pots since reforms were introduced a few months ago.

The pension revolution nearly descended into chaos until George Osbourne ordered a probe into firms charging rip-off fees.  It has been revealed the around 60,000 people have taken £1 billion from their pension pots – but have left out of pocket by greedy companies slapping on sky-high charges.  The Chancellor has vowed to crack down on firms who block access to savers’ cash by claiming they are tied up in old schemes.

The system became a fiasco thanks to the rip-off exit fees and obstructive firms.  One person was charged £14,000 to access his own money, another in her 60s had to pay £1,200 to her financial advisor.  She said “It was a waste of my precious retirement cash”. The Chancellor has ordered the Financial Services Watchdog to probe the charges.  A spokesperson said “We are investigating how to remove the barriers and we are considering a cap on charges”.  Investigators will report back after the summer with their findings.

A survey has found that 53% of older people have been targeted by fraudsters.  The survey, carried out by Populus on behalf of Age UK, found that 53% of older people (aged 65+) believe they’ve been targeted by fraudsters, while many do not respond, of those who do 70% of people of all age groups said they had personally lost money.

The research suggests that a third of older people who responded to a scam may have lost £1,000 or more.  A report, published by Age UK, highlights the prevalence of fraud being committed across the UK.  It shows evidence of different types of fraud taking place against older people in particular and proposes ways of preventing and tackling the problem.

Now that the new pension freedoms have come into force, people over 55 are likely to be increasingly targeted by fraudsters carrying out a whole range of scams.  The report highlights the tactics used by fraudsters, including befriending or ‘grooming’ potential victims and isolating them from their friends and family, the use of professional looking websites and documentation, threats and intimidation.

Be aware and cautious of anyone that claims to ‘know about loopholes’ and talks about overseas investments and getting your money before the age of 55.  Go on the FCA website www.fca.gov.uk/scamsmart

Age UK have produced a very good free booklet called ‘Avoiding Scams’ which is available at the Eagle Market or Morledge offices. 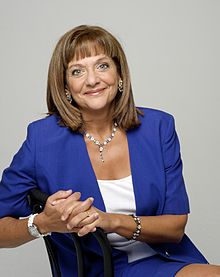 One of the surprises of the new government was the appointment of Dr Ros Altmann as the minister for pensions.

Ms Altmann is not an MP, but will take on the role as a Conservative member of the House of Lords. Previously she has been a pensions advisor to Tony Blair’s government and the head of the older people’s leisure and insurance company SAGA.

In recent years she has been outspoken against a number of

measures the government has taken; most notably the switch

from the Retail Price index to the lower Consumer Price index.  Her in-tray will also be full up with a number of outstanding issues.  Among them will be overseeing the on-going auto-enrolment process, under which every firm in the country should by 2018 have started a pension scheme for their employees.  On top of that there are the radical changes to the state pension that will leave many existing pensioners caught in an inferior second-rate pension.

Of particular concern is the fact that the annual increases in the old and new pensions may not be applied in an equal way – resulting in the gap between the two pensions growing wider over time.

The new minister will also have to face the hundreds of thousands of women born between 1951 and 1953, who from next April face getting a smaller state pension than of men of the same age when the single-tier state pension is introduced.

What’s interesting is that Baroness Altmann will also be in charge of overseeing the new pension freedoms giving the right of annuity holders to cash in their policy, when she herself is connected to MetLife; one of the companies advising people on how to spend their pension pots.  The National Pensioners Convention, NPC is seeking a meeting with the minister to raise its concerns.

Further to our article in the July newsletter about defeating loneliness, there is another organisation called the Oddfellows who can help people to get out and about and meet new friends.  The name comes from a varied assortment of different people and society was formed over 200 years ago to help people

There is also a Walking Club and walks are held twice a month- suitable for all walkers, Bus trips out to interesting places and Quiz nights. The Oddfellows raise a lot of money for charities by organising different events.  For further details about Oddfellows please telephone Christine or Diane on 01332 345697 or call in at the office 32 Charnwood Street.  You can also check out the website as follows; www.home2.btconnect.com/derbyoddfellows

New research produced by the NHS Support Federation shows a dramatic rise in the number of contracts won by private firms to deliver NHS care.  Over the period April 2014 -15, companies have won awards totalling over £3.5bn- five times higher than the amount in the previous year.

The figures also reveal that the value of NHS contracts awarded through open competition has multiplied since the government’s NHS changes. £9.6bn of NHS clinical awards were made through tendering over the last year. The use of the market has also escalated since the last election and several companies have amassed large portfolios of NHS contracts.

Virgin Care are one of the most successful having won NHS contracts worth over £1bn since 2010.  Care UK who run 111 and GP services also had an income of £370m from NHS contracts and overall, profit-making providers have won 65% of clinical awards over the last two years.  Since the NHS changes came into effect in April 2013 £21bn worth of opportunities have been advertised.

Marion Wilson, NPC vice president said “The NHS has been opened up to the market and profit-making providers, and it is undeniable that privatisation is happening in our health services”

The government has published the Trade Union Bill which contains wide-ranging measures designed to restrict the activities of unions and their members to organise collectively and take industrial action.  These include thresholds for turnouts in strike ballots, restrictions on the right to picket and the removal of the ban on the use of agency workers to replace striking workers.

The government is extending the role and powers of the Certification Officer (CO), who is responsible for regulating trade unions, including providing the CO with a new power to impose financial penalties on unions.  Extensive new red tape will be imposed on unions, as they will be expected to pay for the costs of existing and additional reporting requirements through a new levy which will cover the cost of the CO. Unions will be required to report annually to the CO about levels of industrial action and on how political funds have been used.  Union members will also be required to opt-in every five years to any payments into a union political fund.

The Bill also requires employers to report on resources allocated for facility time in the public sector, and in organisations providing public services.  The government is also taking powers to impose a cap on the amount of facility time paid in each in each public and local authority.  They will also have the power to reduce to statutory rights of trade union to paid time off, limiting the ability of unions to represent their members at work effectively.   The Bill gives the government the power to interfere in individuals contracts of employment and collective agreements which provide for facility time, even though these are voluntarily agreed by public sector employers.

The TUC believes that all these measures are unfair, unnecessary and undemocratic.  They will undermine constructive employment relations and the civil liberties of the working people in Britain.

‘Cynical and Offensive remarks about pensioners’

The National Pensioners Convention (NPC) is calling on the Tax Payers Alliance, (TPA) to apologise for remarks made by its research director, Alex Wild, during a fringe meeting at the Conservative Party Conference.

Mr Wild is reported to have said that the government could cut older people’s benefits such as the winter fuel allowance because many of those affected “might not be around” at the next general election or would forget which party had taken the benefit away.

Dot Gibson, NPC general secretary said “Mr Wild’s remarks are both politically cynical and personally offensive and there needs to be an apology.  It represents some of the most awful ageist nonsense I’ve heard in a long time.  He doesn’t consider the fact that the winter fuel allowance is essential because every year tens of thousands of older people die from the cold.  Taking it away would just make things worse – but perhaps that what he wants.  He also suggests that younger people would support making their grandparents worse off.  That’s all part of this phoney generation war that the TPA and others like to promote.  Families care about each other, and grandparents often help out their grandchildren where they can. Contrary to what he suggested, Mr Wild can be sure that pensioners won’t be forgetting this in a hurry”

General Secretary Election 2015. Use your vote.  Derby City has nominated Heather Wakefield for General Secretary.  All members can vote, including retired members.  If you have not received a ballot paper by 16 November call UNISON on 0800 0 857 857.