Conference affirms its policy of supporting the Nordic Model Campaign.

Rather than full decriminalisation of the sex trade, the Nordic Model is the human rights

based and equality model. Also known as the Sex Buyer Law, it decriminalises all those who are prostituted, provides services to help them exit, and makes buying prostitution a criminal offence, while imposing tough penalties on pimps and traffickers. The aim is to change behaviour and reduce the demand that drives sex trafficking; thus setting new social norms.

Conference applauds the work of Space International, an organisation made up of woman survivors of prostitution, committed both by raising the public’s consciousness of the harm of prostitution and to lobbying governments to do something about it.

Conference is disappointed at the Amnesty International policy stance, but is heartened that the BMA at their recent conference voted not to legitimiser pimps and punters, rejecting a motion by junior Drs to ‘fully decriminalise’ the sex industry (which means decriminalising pimps, brothel keepers and punters as well as prostituted women)

Conference was very mixed in its opinions and we had numerous speakers for and against. The LGBT SOG group put an excellent counter debate, explaining that the New Zealand model was a far better model to adopt and that the sex workers had stated that the Nordic Model did not make them feel safe. Below are videos that explain both Models.

This video explains the Nordic Model 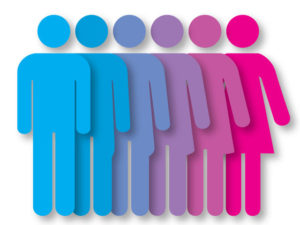 Conference is concerned about scare-mongering media’s coverage of some organisations’ moves towards non binary inclusion. This coverage has suggested that non-binary inclusion represents an attempt to ‘do away’ with gender or that it undermines work to tackle sexism and build women’s equality. Conference is mindful that much of this scaremongering has come from people with no track record in fighting for women’s rights.

Non-Binary people are people whose gender identity is not solely male or female. They may define themselves as both, neither or something different. While non-binary people are of all ages and as diverse as any other cross section of society, increasing numbers of young people in particular are identifying outside traditional binary gender norms.

Conference called for the National women’s Committee to:

2)    Dispel any myths of a conflict between non-binary inclusion and women’s equality;

4)    Consider ways to support the national LGBT committee in furthering non-binary inclusion in UNISON and in the workplace.

In my opinion, people felt confused over what non-binary actually meant and from conversations we had with other delegates it was felt that we needed more information. Delegates thought that a non-binary person would swap and change how they present themselves, however during the speakers it was confirmed that non-binary people would identify as neither male nor female, And wouldn’t want to claim male only or female only seats on any SOG group. 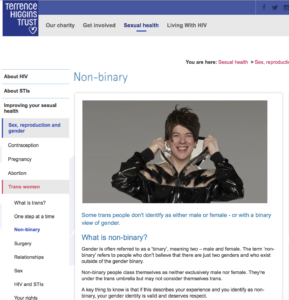 Over a women’s lifetime sanitary products cost more than £5000 with women spending around £13 every month. Many women face period poverty having to choose between feeding a family and sanitary products, particularly those ladies whose family rely on food banks.

B)   In August 2017 Tesco became the first UK supermarket to effectively remove VAT by cutting the price of many women’s sanitary products.

C)   A members bill in the Scottish Parliaments brought by MSP Monica Lennon could see a system of universal free access to sanitary items for women and girls in low income households began in 2017.

D)   Labour intends to end poverty if it gets into power by handing our free sanitary products in schools, food banks and homeless shelters.

4)    Work with Labour Link to support campaigns in Scotland and the wider UK to period poverty.

At conference we heard that women. Women of today are going without sanitary products to feed children. Women are using cut up towels instead of sanitary products and having to wash and reuse them.  Please don’t think that this isn’t happening, it will be affecting a woman near you!

Take a moment to watch the following videos and articles which highlight the issues of Period Poverty.