To whom it may concern,

I feel compelled to write and tell you how the Teaching Assistants pay cuts are affecting my friends life.

Firstly, I do not understand why this issue is still ongoing and I do not understand how Derby City Council have put my friend in this situation in the first place. As this is a nationwide exercise why has it only  effected Derby and Durham in the way that is has and no other county?

My friend has been a TA for many years now and is enthusiastic and committed to the education of the children she works with. Over the years I seen have this for myself, she has put in extra hours to ensure that the children get the education that they deserve.

Since Derby City Council have cut her wages by 25% (which I believe to be over £200 per month), my friend and her life have been effected in several ways. My friend is obviously at a loss financially. With her being the sole earner to support two children she eventually had to go and get a second job, which in its self has not been easy. Trying to find a job that can fit in with her current working hours and family commitments has proved difficult, but needs must – she has two children to feed, clothe and keep a roof over.

It has effected her relationship with her children. They do not understand fully what is happening. She is unable to keep up with the boys extra curricular activities such as the football clubs that they both love, because of lack of funds and now the time due to her second job. The children are suffering socially and not able to rationalise why what is happening is happening. I know this Christmas was particularly difficult for them all, more so than usual.

It has effected my friend socially too, she is now not able to enjoy a social life to the extent that she used to (which was modest to begin with), again due to lack of funds and now further time pressures. We used to enjoy an evening in together, catching up on life and putting the world to rights. These are few and far between lately due to

She is having to work 7 days a week now, going weeks and months before having a day off. This is how her hours fall over her two jobs. This is not a healthy lifestyle for anyone and I have seen a difference in both her physical and mental health during this time. She has had an increase in health problems, such as chest infections, urinary tract infections and diabetes control. She has withdrawn from our circle of friends and hides away. I have spoken to her family and they also have similar concerns, which again in not healthy.

I have personally had to help my friend out financially. It got to the point where she was having to consider rehousing the family pets as she couldn’t afford to feed them and her children, obviously there was no choice for her. The children were devastated at this thought and again unable to fully understand. I could not stand by and watch this happen, so I have been providing for the pets during this time, so not to cause any further upset to the family at an already upsetting time.

My friend is a very proud woman, she dosnt want to have to ask for help from anyone, she wants to be able to continue to provide for her family as she has been and as she should be able to. She is in this positon through no fault of her own, so why should herself and her family suffer the hands of Derby City Council? 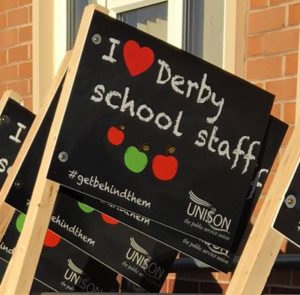